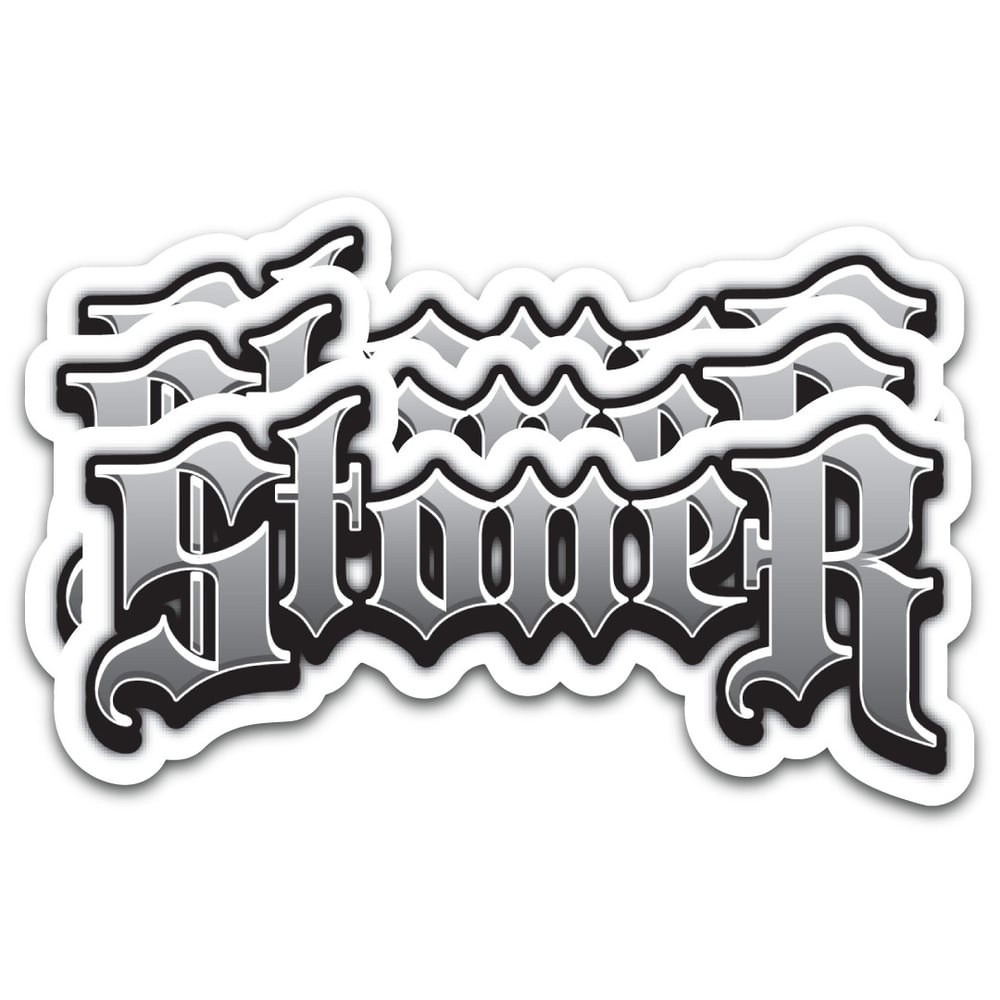 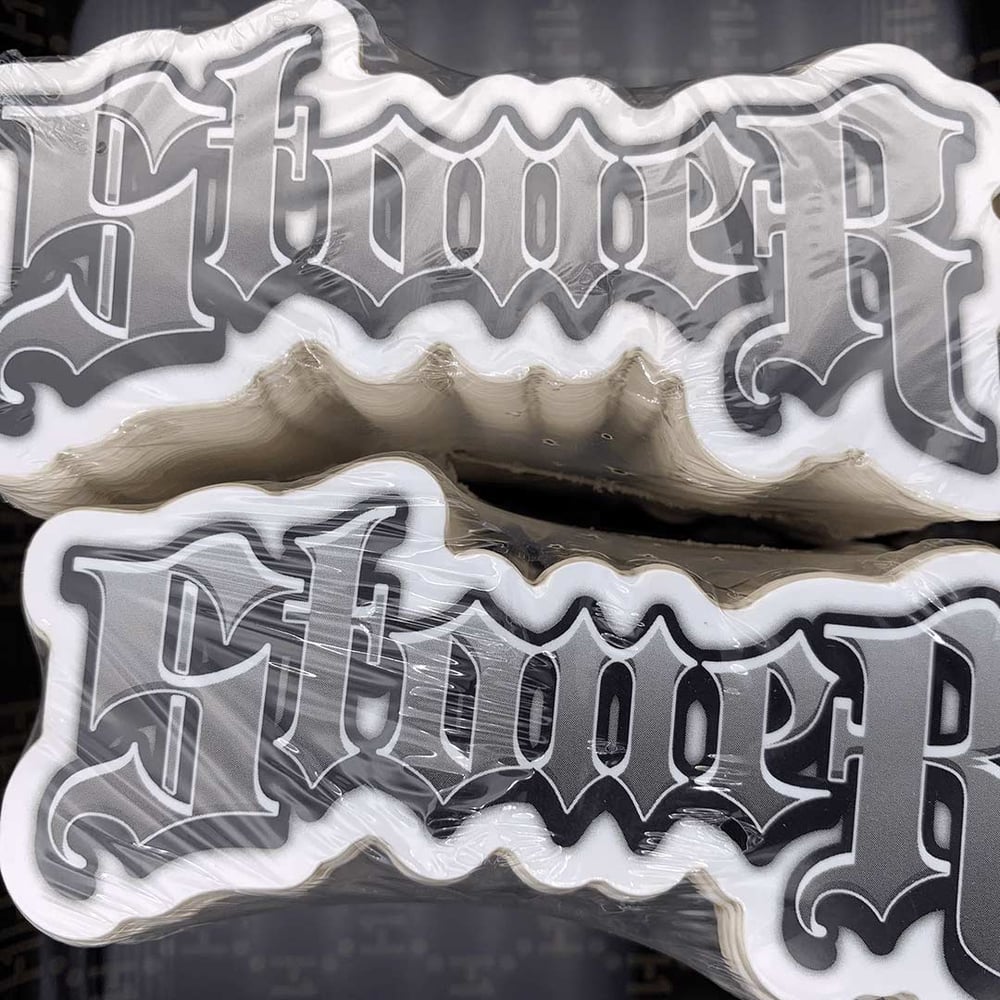 Set of three (3) 4″x2″ black and white die cut stickers that simply say “stoner” in stylized Old English lettering. Why? Because it looks cool and I like the number three.

OR don’t buy any and get free stickers with a t-shirt purchase.

Some Old English lettering looks tough, in general, and in this instance it gives the sticker some visual street cred while also providing a hint of tattoo inspiration. Careful attention was made to size and kerning so the visual has an energy that flows out from the center almost like a burst.

Vector graphic is as crisp as possible. Greyscale gradient surrounded by a rich black outline gives the image a bit of depth with vector highlights and shadow adding to the mix. A slight gradient exudes from the outline in a nod to tattoo style.

No heshone.com or other branding nonsense to distract from the art – just the word “stoner”. Why? Because it looks cool, art is important, and there’s no need to muck it up with branding. How will people remember the Stoner Sticker is from Hesh One without branding? That’s a reasonable question.

Have been told the slightly “difficult to read” attribute makes it a bit low key and that was kinda the point.