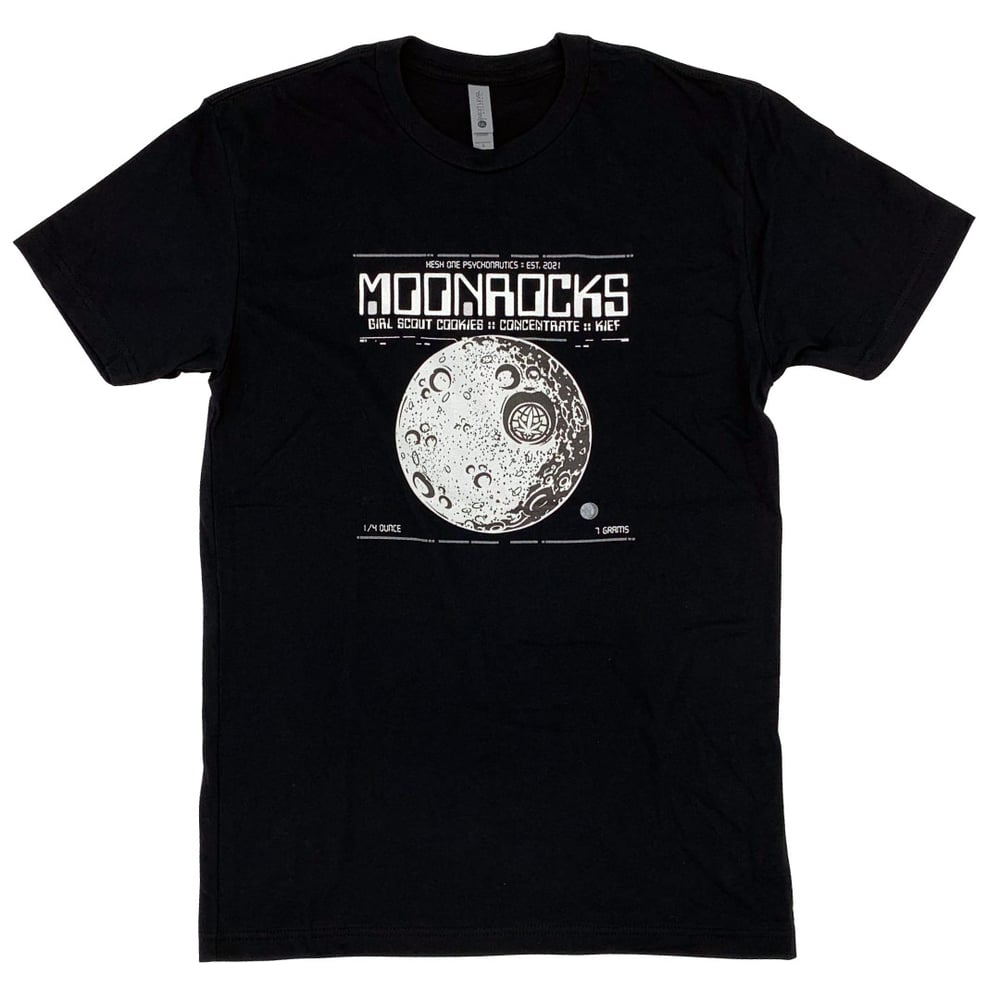 Moon Rocks are nugs of cannabis flower, traditionally the Girl Scout Cookies strain, dipped in concentrate and rolled in kief.

Originally found on the distant planet Moon, by the Ancient Astronaut Neil Armstrong while patrolling for Nazis, and brought back to Earth on the Apollo 11 mission, Moon Rocks were rediscovered by Psychonauts Kurupt and Dr Zodiak stashed in Long Beach, California then distributed out the back of a semi truck to the masses like turkeys on Thanksgiving in gangster movies.

According to the esteemed scientific journal, WeedMaps, the “Dos and Don’ts of Moon Rocks” are relatively simple (so don’t mess this up).

DO:
Use scissors to break the moon rocks into small pieces
Use glass smoking gear as opposed to rolling papers
Lightly pack a bowl of moon rocks into a pipe or a water piece to ensure you lose as little kief as possible
Use hemp wick to light your moon rocks

DON’T:
Try to roll it up into a moon rock joint or a moon rock blunt
Put moon rocks in your grinder
Pack a bowl of moon rock weed too tightly